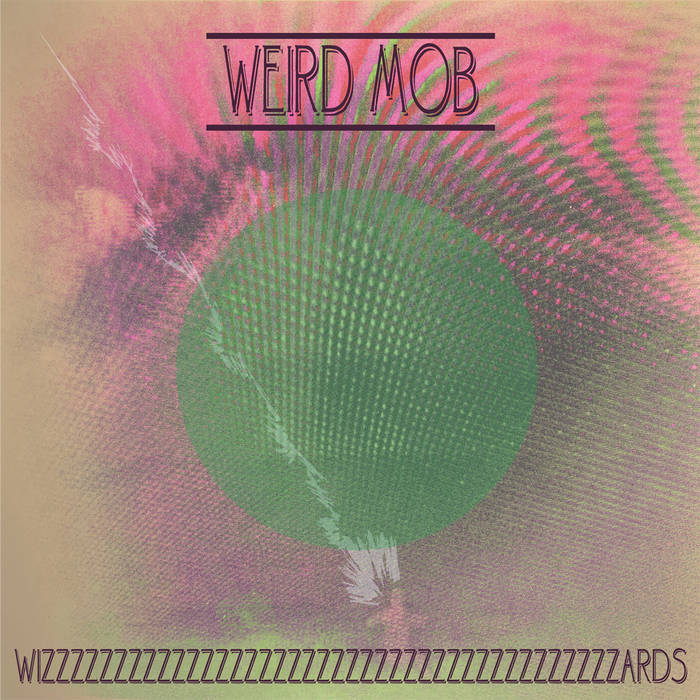 In April 2015, the Charlottesville, Virginia synth pop powerhouse Weird Mob are set to unleash their debut full length, a magnum opus known as Wizards. For this release, the members of Weird Mob dove headfirst into their record collections and emerged with a sound that’s one part new wave, one part prog, one part synth pop, and 100% catchy. Featuring musical contributions from all five members of the band, Wizards represents the ultimate Weird Mob mission statement and shows a natural progression from the band’s 2013 debut EP, They’re A Weird Mob.

Following the release of the EP, the band played a number of shows in the Charlottesville, Virginia area and shared the stage with such acts as The So So Glos, Andrew Cedermark, Your Friend and The Extraordinaires. During this time, material for the full length was written and rehearsed; many of the songs inspired by the day job of Weird Mob’s primary songwriter, guitarist and vocalist, Dave Gibson, who works as a video game archivist for the Library of Congress. Says Gibson, “I’ve been intrigued by the use of technology to create fantasy worlds, and the fact that these worlds only become more immersive as technology advances. We use computers to create simulations that are populated with legendary mythical creatures, wizards and monsters and I think it says something about technology’s function as an escape from the modern world and real life.”

In keeping with the theme of the intersection of the modern and the fantastical, Gibson, along with his wife and musical conspirator, Renee Reighart, worked to create a musical landscape that was as much influenced by the fantasy worlds of prog rock as it is by the synth driven pop of new wave. Says Gibson, “Both genres feature prominent use of synthesizers, each to achieve their own ends. For the prog guys it was all about creating an otherworldly atmosphere and for the new wave it was about creating modern sounds that were in step with the emerging technological culture of the late 70s and early 80s.” In the end, the band produced a catchy, synth-driven power pop record full of lyrical references that sound as though they were pulled from a D&D strategy guide.

Assisted once again by drummer Adam Brock (Y’ALL, Borrowed Beams of Light), Wizards also sees musical contributions from guitarist Bryan Hoffa (Broken Hips) and keyboard player Kris Hough (The Hilarious Posters). The record is a fuller representation of the band as a unit and shows the group’s skill in traversing a wide variety of musical avenues. From the driving Devo-esque “Hang It Up” to the epic prog experiment “Wizards,” the power pop jangle of “Hoping” and “Turn Up The Tape” to the Beatles-esque closer “It’s Over, Wizard” there is truly something for every melodic pop loving music fan to be found on this new record.

Thanks to all of our friends & families, all the
bands we have played with, Adam Smith, Brian
Knox, Tim Gibson, Josh Krahn, WTJU, Bekah Manning,
& you

Bandcamp Daily  your guide to the world of Bandcamp

Cannibal Corpse's George "Corpsegrinder" Fisher stops by for an interview